Two Heroes Joined by a Wristband 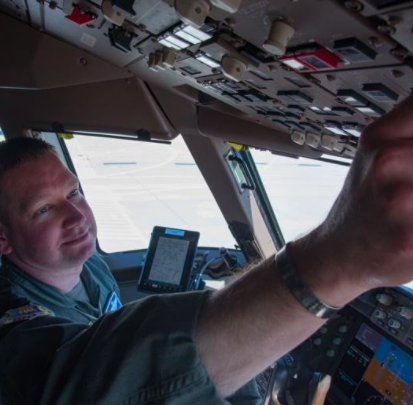 Recently Kentucky Air Force Col. Mark E. Baran retired from the United States Air Force. He’d worn a Prisoner of War/Missing in Action (POW/MIA) wristband for 18 years, etched with the name of my brother-in-law, Col. Fredrick Mellor, a POW and Rhode Island’s first casualty of the Viet Nam war. My account about Fred being shot down and taken prisoner appeared as front page story in our state newspaper, the Providence Journal, on Memorial Day, in 2018.

One month after my story ran, Fred’s remains were officially identified– 50+ years after he’d been shot down. Coincidence? Or was it, as some military folks suggested to me: “Your story probably put attention on him and moved him up in the ID queue.”

Colonel Baran read my story about Fred, contacted me and told me of his wish to provide me with his wristband (honoring Fred), since I’d “kept Fred in the public’s attention.”

So I wrote my second military story honoring Colonel Mark Baran…a man who flew 5300 combat hours in Iraq and Afghanistan…a pilot who’d flown to 50 countries with two of those missions transporting vice-presidents– one even to the Karzai Palace in Afghanistan—a man who felt Fred Mellor “flew with him on those missions.”

The brave men and women who serve will ever be a focus for me, as writer.

If you have your own hero you’d like me to consider, send me details at colleenkellymellor@gmail.com. He or she might just be the next Front Page story.