Published in Wall Street Journal, Providence Journal (cover stories, features and monthly column), Western North Carolina’s “Mountain Xpress,” and a host of others, I write of “heroes”—soldiers who bravely defend our country…a plucky, cross-country trucker…America’s teachers…society’s caretakers (Alzheimer’s, etc.). My town is hero in my blog “Memories of a Milltown Girl.” Finally, Rhode Island’s the hero in my book, “Boomerrrang.”  In an age of negativity, I write of the positive, with (often) a healthy dose of humor.

“I Couldn’t Know What Lay Ahead” 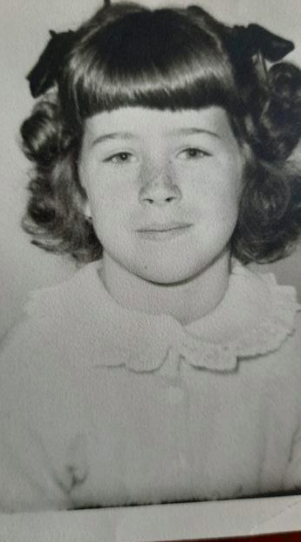 Good thing. For, if I had, I might never have gone forward.

My life has been one step forward and five steps back. In the first half of my life, I just kept running into that brick wall, the one that tells a person she’s not worthy.

Raised in a male-centric family, then married twice to abusive men, my self-esteem was pretty much crushed in my early adulthood. I actually began to believe I deserved “the awful.” Why not? I’d heard it all around…I couldn’t fit. I had no real ability.

Following the death of my second husband, I took my 2 daughters (16 and 6) on a 7-week, 5 country trip, to Europe. No travel agent…No ATM’s…No cell phones. Just my wits to steer us through. We backpacked, rode Eurail and I drove through 2 countries. In that challenging process, I discovered myself.

When we came home, I wrote-up our journey and sent it to Keith Bellows, Editor of National Geographic Traveler. He told me via phone: “I want you to know how unusual this is…An editor of a major magazine never reaches out to a novice writer…I’m not going to use this piece of yours but I want you to write others. You have talent.”

I glowed but was realistic: I was a single mother pressed with great financial burden ahead. I knew there’d be no major trips in future.

But his words gave me the impetus to send my work to the Providence Journal where my freelancing took hold. In those years, I had 3 Cover Stories in “Lifestyles” Sunday magazine (one was about my breast cancer diagnosis and treatment) and numerous Op-Eds. My columns were so well received that I became a monthly columnist in the Op-Ed section of the Providence Journal.

All the while I raised 2 daughters, taught for 30 years, was a realtor for another 8 years. For the past 10 years, my life partner and I deal with his Alzheimer’s.

My writing has appeared in Wall St. Journal, the Associated Press, Providence Journal, NC’s Mountain Xpress, and a host of others. I’m author of 3 books and I guest speak before audiences that need my uplifting message.

What is that message? You can step out of the wreckage. Keep stepping forward even though you don’t want to and you don’t believe anything will change for the better. It will, if you persist.

How do I know?