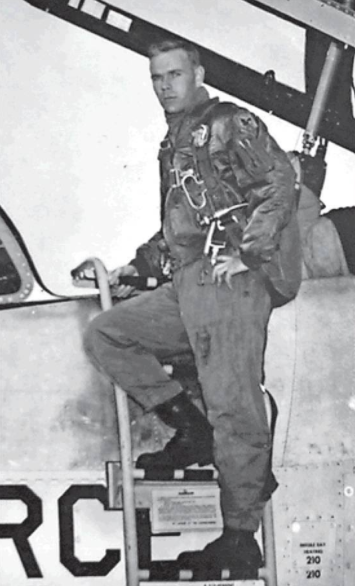 Col. Mark E. Baran is retiring from the Air Force in August, and wanted to offer his POW/MIA bracelet, since he’d read my account of Lt. Col. Fredric Moore Mellor, Rhode Island’s first Missing in Action, that appeared in The Providence Journal on May 28, 2018.

He emailed me recently. Apologized if his contact was invasive or misplaced.

You see, Col. Mark E. Baran is retiring from the Air Force in August, and wanted to offer his POW/MIA bracelet, since he’d read my account of Lt. Col. Fredric Moore Mellor, Rhode Island’s first Missing in Action, that appeared in The Providence Journal on May 28, 2018.

In that story, he learned about the person whose name is inscribed on the wristband he’s worn for the past 18 years.

Colonel Baran, 43, is vice commander of the 22nd Air Refueling Wing at McConnell Air Force Base, Kansas. He has risen in the ranks from second lieutenant in June of 2000, winning any number of major awards and decorations and countless high-level assignments, including flying two vice presidents to distant locations.

Like my brother-in-law, Fred Mellor, Mark Baran had always wanted to be a pilot. The son of two pharmacists, Mark was born and raised in Dearborn Heights, Michigan. He graduated from Michigan Technological University in 2000 and received his commission from the Air Force Reserve Officer Training Corps program.

“I’ve been wearing your brother-in-law’s POW/MIA bracelet on my wrist for over 5300 hours of military flight time,” he told me in his email ”…. It’s been with me during combat flights in Iraq, Afghanistan and now more than 50 countries and 6 of the 7 continents.

“It was on my wrist when I flew the Vice President (Biden) to Iraq, when I went to Hamid Karzai’s palace in Kabul, Afghanistan, and every mission in between. It’s been a great reminder of the sacrifices the men and women who came before me made.

“I wear it with pride every day.”

I asked Colonel Baran how he happened to choose Fredric Mellor’s name on a bracelet honoring POWs/MIAs. He told me he was completing a course at Fort Sill, Oklahoma, when he met a vendor outside the gates, selling the bracelets.

All were inscribed with the names of Army soldiers (Fort Sill is an Army base), with only one exception — the one signifying Captain (at the time) Fredric Mellor — Air Force. Since Baran is Air Force, he bought it and began wearing it.

I am Col. Fredric Mellor’s sister-in-law, widow to Fred’s deceased older brother Daniel Munro Mellor. Daniel, too, was in the Air Force, the brothers’ chosen branch of service.

I never met Fred but throughout the eight years of Dan’s and my marriage, I was keenly aware of Fred’s missing status, for their mother, Jean Moore Mellor, kept her younger son (and other POW/MIAs) in the public eye, hosting civic events, writing to congressional representatives, demanding the government find out what happened to these men.

I was ever struck by the sadness of Fred’s story:

When he went Missing in Action, he was 30 years old, a husband and father to a young child. He’d gone out on a night mission, flying an RF101C “Voodoo” tactical reconnaissance aircraft, low over enemy terrain in North Vietnam (called “suicide missions” by some), when he was shot down by a surface-to-air missile.

He ejected and landed, safely, communicating to others his position. But by the time rescue choppers went in, they found nothing. Over the years, conflicting stories emerged: “the American had been shot in a firefight” or “the American was taken prisoner.” Either way, it meant the family didn’t know what happened to Fred.

But Fred’s full story was the one I vowed to write … fleshing out who he was and what the family had gone through in all the years of not knowing.

When I finally wrote “Honoring Fred Mellor,” it ran on The Journal’s front page.

Was it all mere coincidence?

In September of 2018, four months after the story ran, I received a call while driving through Garden City from a Journal reporter who wanted to ask me my reaction. I said, “Reaction to what?”

“Oh, my God, you don’t know,” she said. And she went on to tell me my brother-in-law’s remains had been identified. The information had just come across the wire

I was so stunned I had to pull over to the side of the road to compose myself.

I’d finally written the story about Fred, 53 years after he’d been shot down. And now, four months later, his remains were officially identified via a forensics unit in Hawaii.

I felt the coincidence startling.

What ensued was remarkable. On Sept. 27, 2018, Fred Mellor’s remains were flown home to Rhode Island and met at T.F. Green Airport by dignitaries, along with immediate family, then ushered in a cortege to the Nardolillo Funeral Home.

Along the way, crowds of adults and schoolchildren, apprised of Fred’s return, lined the streets of Cranston, his hometown, to pay their respects.

A few days later, on a slate-gray day, Lieutenant Colonel Mellor — he’d been promoted after his disappearance — was interred at the Rhode Island Veterans Cemetery in Exeter, amid much ceremonial fanfare.

In the crowd, at the service, I kept to the periphery. I was not immediate family.

When the crowds dispersed, I went up to the casket that had been lowered into place and bid my own private farewell to Fred. I’d completed my own mission of telling his story.

I believed that was the final chapter.

Over the years, men and women who wore Fred’s POW/MIA bracelet have contacted me, after reading my stories about him. Many were civilians.

They told me they bought the wristband from vendors outside the Wall in Washington, D.C. or various other sites honoring those who lost lives or were missing in action. Each was motivated in a personal way.

Colonel Baran’s story is exceptional in that he says he feels Fred “flew with him” during combat missions in Iraq and Afghanistan. He believes the wristband “protected me on those missions.”

He offered me the bracelet because I brought attention to Fred’s sacrifice.

“You kept Fred in the public eye,” he said. “Too many soldiers are forgotten and fall by the wayside.”

I told him I’d gratefully accept his offer. In turn, I’ll save the wristband for my grandson, Seamus Munro O’Connell — Fred’s great-nephew.

In this way, I’ll ensure that Col. Fredric Mellor’s story of one man’s supreme sacrifice will endure.

I now realize, too: there is no “final chapter” to this story.