People ask: So what’s your new book, Boomerrrang, about? I tell them: It’s simple. My book tells how to SELF-ADVOCATE…how to get what you want, whether it’s dealing with medical staff (on the heels of a crisis), interacting with buyer/seller of property, or deciding where you want to live. It’s all the same thing…really.

My book opens with the crash and after-effects of Paul’s terrible accident. Shortly thereafter, I take the neurosurgeon to task, because the doctor was simply gonna discharge Paul, even though Paul was clearly NUTS and not at all like the man I knew before his broken neck. 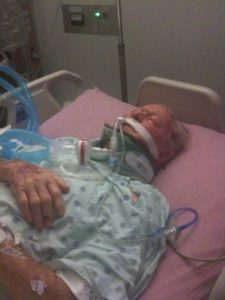 The doctor acted like I was a neurotic nut case, telling my daughter “Well, maybe we need give her some valium to calm her down.”

That’s when it became war….In the days ahead, I accessed friends, asking any who had medical background to find out what I needed to do to get what I wanted. It worked!

And because I reached out to knowledgeable friends, I learned to succeed in the confusing medical maze.

This meant taking a proactive stance. Not merely acceding to what authority figures said. This became another lesson…

Just one more in life.

I use the same principle in all aspects of my life.

In my younger years, I used to let things happen to me. I didn’t take the reins. No longer.