The ‘Real Fabric’ of West Warwick:  Her People 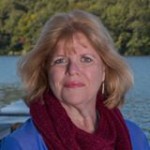 West Warwick resident Martha Reynolds was single until the age of 36, when she met and married Jim McVeigh. At that point, she took on her husband’s name, figuring “McVeigh” had a nice ring to it—especially when added to Martha. That was before the Oklahoma City bombing, of course, when another McVeigh (Tim) became a household name. Even so, Martha’s quick to point out:  McVeigh “the bomber” is no relation.

As author, Martha uses her maiden name—Reynolds—and in her world, name recognition is important, for Martha is a best-selling author with six books to her credit: the “Chocolate” trilogy (40,000 downloads) and “Chocolate for Breakfast” (her debut novel) remain her most popular (available at  MarthaReynoldsWrites.com and Amazon.com).

Her books are ‘real life fiction,’ meaning there’s just enough woven in of the ‘real’ to make those who know her wonder: “Which is fact and what is made up?”

But her storyline is pretty interesting.

Her Mom was West Warwick native, Joyce Handy, daughter to Earl R. Handy.  The family first lived in a little house on Ames St., in the Fairview Ave. region and eventually moved to the grand turreted home on Fairview Ave., when the family became more financially comfortable.

Joyce would go on to marry John M. Reynolds, a man who was ten years older than she and who worked for the Providence-Washington Insurance Company. They went on to have three daughters, one of whom was Martha.

In the 1950’s, Grandfather Earl Handy who never finished high school but who had significant life skills took his business acumen and opened his own real estate and insurance company out of the little house on Phenix Square that is now Williams’ Barber Shop.

In her own right, Martha graduated from Providence College and became a fraud investigator for Sheldon Whitehouse’s Attorney General’s office, after working years in the banking industry.

She and husband Jim bought a home in Warwick, off Tollgate Rd.

In 1996, they both decided (ahead of the current housing trend) that they wanted to be ‘maintenance-free.’ With that, they bought a condo in Governor’s Hill, West Warwick, an area they liked for its convenience, affordability, and aesthetic appeal.

And Martha continued working for the AG’s office until 2011.

Today, she’s retired from her investigator work and is employed one to two days a week for Hospice, while she continues to market her books, all six of which are available through Amazon.

As such, she continues the entrepreneurial tradition of her family.

And today’s connection to Williams Barbershop in Phenix, the little setting where her grandfather first began his business as realtor and insurance salesperson?

Martha’s husband, Jim NcVeigh (not Tim) now goes to that barber as customer.

(House is the turreted one on Fairview Ave. where Martha’s Mom grew up and little house is Williams Barber Shop, former setting for Martha’s grandfather’s real estate and insurance business.) 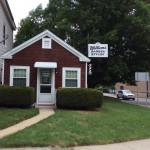 ***Got someone you’d like me to interview for this series? Email me at ckmellor@cox.net with “Kent County People” in Subject line.

P.S. Ironically, I just discovered the house is up “For Sale.” Click on the main pic and then click on each of the directional symbols to give yourself the full tour of Martha’s mother’s home…http://www.trulia.com/property/3237697255-37-Fairview-Ave-West-Warwick-RI-02893#photo-26

West Warwick native, Colleen Kelly Mellor (ckmellor@cox.net), is a motivational speaker and freelance writer whose work has appeared in the Wall St. Journal, Scripps-Howard, and many regional newspapers. She is author to the children’s books Grandpa and the Truck (grandpaandthetruck.com) and is regular commentator in the Providence Journal. She currently completes “The Asheville Experiment,” the story of her and her husband’s nine year life in one of America’s trendiest little retirement towns—a cautionary tale for all those who consider a move.  In this book, she tells what went wrong and why they returned to live, full time in Rhode Island. Her website is colleenkellymellor.com